“If you love life, don’t waste time, for time is what life is made up of.” – Bruce Lee

I started studying productivity as a means to deal with the work load that progress and success brings. You plan for certain accomplishments but you don’t necessarily plan for the opportunities that come up along the way. At every level of success more opportunities present themselves and if you are driven person it can be hard to say no. Through time you are able to sharpen your abilities to follow new opportunities, but I quickly found myself with stack of so much “good stuff” that I really had to dig-in to be able to process everything. A reputation is built on delivering what you said you would deliver, or beyond it. Being a trustworthy person and more people speaking highly of you than having bad reviews. For those of us that like to accept new adventures or bite off more than we can chew, it’s so important that you have resources and systems in place to cope with opportunities or you risk under delivering and disappointing people that you worked hard to connect with or simply just adding hours and hours to your days. Sometimes it takes exceeding your maximum work capacity to understand that at some point you simply cannot do more. If you are to keep running at the pace you are running you there will start to reach a point of diminished return. In hindsight, I can draw together some basic symptoms from my personal experience.

If you recognize those symptoms, it’s probably time you start building systems. Whether you’re a lone ranger, have a personal assistant or are even in charge of a large staff it can still be very beneficial to have personal systems in place to cope with whatever is coming at you or even just to compartmentalize your thoughts and ideas. Here are 4 of the best tools I’ve found over the past 6 or 7 years, and what I’m currently using.

Getting Things Done. This is one of the most impactful books I’ve ever read.  I can clearly see a “before GTD” and an “after GTD” in my life. The philosophy of this book and the detailed systems you can apply to both your professional and home life are ridiculously awesome. I would recommend this book to just about anyone, ESPECIALLY entrepreneurs. 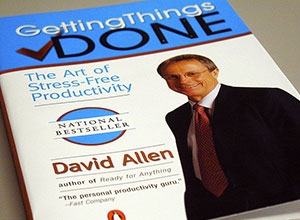 Not a huge surprise that I would list David Allen as my next resource, who just so happens to be the author of GTD that I just raved about. David is my favorite productivity authority, and following him online and in his other books is one of my favorite ways to keep my productivity work sharp.  I read and reread his book, and I would suggest signing up for his newsletter. I hope to one day participate in some of the coaching options he has available. 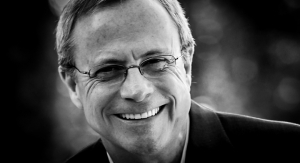 Rescue Time is a cool tool you can install on your computer (and some phones.. I’m anxiously awaiting the IOS app to be available) that tracks how you spend your time. You simply install it and it runs in the background of your computer keeping track of what you spend time on. It auto-categorizes your activity and things it doesn’t automatically detect you can assign to different categories. This is a really cool way to analyze your productivity and make objective decisions about how you spend your time. I personally went on a mission to cut back both my time spent in meetings each week and time spent working out of my email inbox, and have really enjoyed the results of those changes.

This is not a tool that I see many people using and now I live in it. I promise David Allen didn’t pay me to write this article, but David and the GTD team have a downloadable resource on the best way to track your to-do’s using Outlook Tasks. I’m a pen and paper kind of guy, but I try my best to transfer all my bad scratch notes into my tasks each day. Assigning them due dates, and even the locations on which I should work on them.

The last 10 years, and even more so in the last 5 years we have seen a brand new and exciting business model emerge from the world of social media. People have now become Professional Social Media Influencers. What was once limited to models, professional athletes, television stars and more traditional forms of influence has now spread into a much more attainable form of fame. “InstaFamous” should be in the dictionary soon, if it’s not already! Through a variety of platforms like Instagram, Facebook, SnapChat, Youtube, Twitter and more, individuals are accumulating followers, likes, and subscribers and getting paid big bucks to promote products and services to their audiences. What is the future for the people cashing in on this kind of business? Will individuals continue to be able to drive big revenue by promoting to their audiences or will corporations and regulatory bodies squeeze them out? I’d like to take a stab at the answer!

Many of you in the marketing field know all too well how the system works, but I’ll give a brief overview because it still mystifies some people. An individual person who is able to attract the attention of an audience online will accumulate followers on a social media platform. This audience may follow them across multiple platforms or they may stick to one main platform. As traditional advertising continues to struggle to find consumer’s attention, brands have begun to hire, barter, and sponsor these individuals to advertise their products to their audience. The exchange going on is a growing economy. Many individuals are willing to trade air time on their platform for free or discounted products that they like (or in some cases probably don’t even like), but some influencers are getting well into the 5 digit numbers for ONE post on their account. Yes, you read that correctly- companies can pay more than $10,000 for ONE Instagram picture. Brands that want to retain these influencers for exclusive endorsements are paying these individuals amounts that were once limited to professional athletes and entertainers.

It’s an amazing development in society, never before has this kind of fame and fortune been so accessible to anyone with a cell phone. The stakes are raising fast though. Many of the top influencers are a far cry from “individuals” now. Many of the saavy business minded people that hit when the iron was hot now operate more like companies than people. Full time photographers, full time videographers, advertising specialist, writers, editors, and more. Chances are if it were a position at a magazine or TV Channel 10 years ago, the job may now still exist but working for an influencer. What a crazy turn of events! Who would have thought that someone with a Master’s in Journalism could end up working for a food blogger?

My original question and prompt to this article though is: what does the future hold for Professional Social Media Influencers? My biggest fear for these people and their businesses is that they have built their business on other people’s land. Let me explain. If you are an Instafamous Model who is getting paid $300,000 per year in endorsements to push clothing, cosmetics, bathing suits, and shoes to your 2 million followers what do you do when Instagram changes the rules? We saw a big shift in Facebook after it went public. Many businesses who had spent a lot of time and effort gaining “Likes” saw something happen to their engagement. A post about a new sale going on that once got 500 likes, started to get more like 5 likes. Business owners started scratching their heads – “Why don’t people like my discounts anymore?” Facebook decided it was time to charge those businesses to talk to their audience. At that point we all realized, we had built our audience on Facebook’s land, not our own. The game is always changing but it begs the question on how long will seemingly everyday people be able to rise so quickly into influential roles in society and become “Professional Influencers.” I personally believe that we are in a window of opportunity right now. No one expected social media to change society like it has, and for this brief time there is opportunity for those smart enough, lucky enough, and brave enough to take it. But I believe the window will close. I don’t know exactly how it will happen but I find it hard to believe that this will continue. Maybe it will be competition that closes the window. As becoming an influencer becomes more and more attractive maybe competition will weed out the weak (sounds rather Darwinian), and only those saavy enough to create valuable content and rise above the noise will find the big money. Or maybe it will be the economics behind those controlling the social platforms. In order to please shareholder’s (like facebook did) social media platforms may try to take a bigger piece of the action, charging influencers, and companies to get likes and views. Or maybe it will be regulation. How can the government expect to get paid its chunk of the exchange when money is changing hands through direct messages, paypal, etc.

So if you’re a social media influencer that wants to stay ahead – what should you do? I think you need to, as fast as you can, pull your fans, followers, and subscribers out of your social platforms and onto your own land. I don’t mean to stop using and building social media accounts, but actively work to extract your audience while using social media to attract more. In order to safeguard yourself against the closing of this window, I think the next move should be to convert them to more traditional contact information forms such as email, phone, and address. These will always hold value. Through email there is no one between you and your audience. Same with phone numbers. And demographic information has always been, and probably will always be valuable so addresses along with personal info about gender, age and ethnicity are important. Taking things one step further would be creating a database for your audience. It’s no secret that data will drive marketing in the future, as we are now creating MASSIVE pools of consumer data like never before. Through social media and ecommerce, the data piling up about what you like, dislike, buy, don’t buy, read, watch and share is enormous. In time corporations, will get better and better and using data. When all of your audience lives on Instagram’s land then Instagram will be cashing in on the data about your audience, not you. Influencers should aim to find ways to collect as much data about their audience as possible, and for those that do this the likely hood that a job as a Professional Social Media Influencer will be much more secure.

That’s my take on the situation anyways. Maybe this is just the tip of the iceberg and this profession will only continue to grow! Regardless it’s fun to watch and participate in this social media revolution and see what opportunities and business dangers arise as a result. What’s your take on the future of Professional Social Media Influencers? Leave me a comment below on your prediction or reflections!